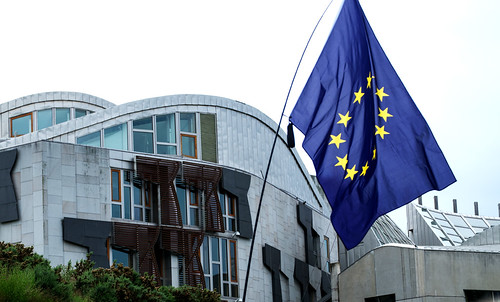 Michael Russell MSP, the Scottish Government’s Cabinet Secretary for Government Business and Constitutional Relations – which means he’s the Scottish Government’s top guy on Brexit – spoke at Edinburgh University on “Scotland and Brexit: The Way Ahead” a couple of weeks ago. Of course, with the publication of the withdrawal agreement – the deal – everything has changed; but nothing has changed. Scotland wasn’t mentioned in the WA, perhaps not surprising since it is an agreement between the UK and the EU, but it also reflects the apparent lack of consideration the UK government has given Scotland throughout the tortured process of negotiation.

Nothing Russell said was new, particularly, which isn’t surprising. The view the Scottish Government takes is markedly different from that in Westminster. The British government has risen roughshod over the devolution settlement, and seems intent on pushing through a Brexit which Scotland roundly rejected. Much of Brexit is outside Russell’s – and the Scottish Government’s – control. Brexit, he said, was the worst decision he had seen in his lifetime, and an unwelcome impediment to Scotland.

The Scottish position has been laid out in a couple of briefing papers (more clearly than anything set out by the British government) –
Scotland’s place in Europe, and Scotland’s place in Europe: people, jobs and investment: a desire to stay within the single market and customs union heading up the wishlist (both beyond Theresa May’s red lines, I believe, though I’ve lost track of what’s acceptable to whom).

Russell emphasised the links between Europe and Scotland, particularly during the enlightenment, and hoped that, even if the UK were outside the EU, Scotland could continue to work with out European partners – for instance, Edinburgh University currently works on over 250 projects with other institutions in Europe.

There remains a lot of uncertainty about Brexit, making preparations difficult, for Scotland, its institutions and its residents: 25% of Edinburgh University’s staff are non-UK European citizens, and they still don’t know what rights they will have after Brexit.

The hostility towards Brexit has spread throughout the UK. Scientists, lawyers and business people are against it. Even Farmers Weekly – that hotbed of political thought – is against it, saying we had in fact been sold a big, fat, delusional lie, fuelled by the dogma and hubris of those vainly clinging to fading memories of our imperial past. 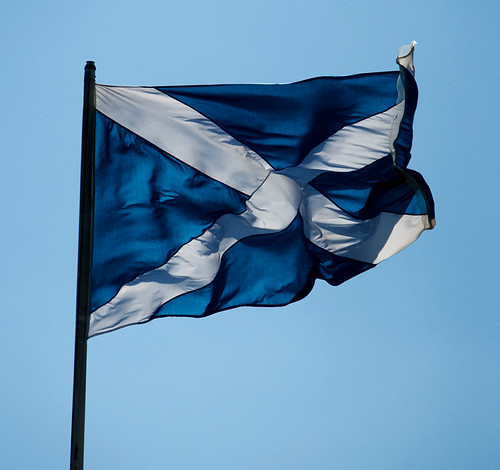 Russell believes it’s not too late to change course. He proposed extension to article 50 (which may be subject to ratification by the other 27 EU member states), with the UK negotiating to remain within the single market and customs union would be best for Scotland. That probably wouldn’t be acceptable to the Brexiters in Theresa May’s government.

The crux of Russell’s talk came at the end: what would Scotland do if the UK leaves the EU at the end of March? “We must immediately start campaigning to rejoin,” he said. Since only independent nations can join the EU, unless the UK as whole rejoins (not inconceivable, though clearly not on such advantageous terms as we have at the moment), that would have to be as an independent Scotland.

The constitutional issues are enormous, of course. As Russell referendum on Scottish independence remains in the gift of Westminster, not Holyrood (although this blog post puts a rather different interpretation on it. As with the rest of the Brexit debacle, it seems it all up for grabs.

This site uses Akismet to reduce spam. Learn how your comment data is processed.